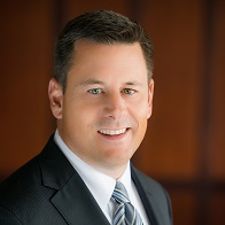 As Senior Vice President of North American Operations for Enterprise Holdings Inc., Will Withington is responsible for overseeing all operations in the U.S. and Canada. Withington began his career with Enterprise Rent-A-Car in Boston in 1992 as a Management Trainee after graduating from Saint Anselm College with a bachelor’s degree in business. Over the next 10 years, he worked his way up through the rental ranks across Massachusetts, Maine, New Hampshire and Logan Airport in Boston before eventually being promoted to Regional Rental Manager.

The company and its affiliate Enterprise Fleet Management together offer a total transportation solution, operating nearly 1.7 million vehicles throughout the world and accounting for nearly $22.5 billion in revenue in fiscal year 2020. Combined, these businesses include the Car Sales, Truck Rental, CarShare, Commute vanpooling, Exotic Car Collection, Subscribe with Enterprise, Car Club (U.K.) and Flex-E-Rent (U.K.) services, all marketed under the Enterprise brand name, as well as travel management and other transportation services to make travel easier and more convenient for customers. The annual revenues of Enterprise Holdings – one of America’s largest private companies – and Enterprise Fleet Management rank near the top of the global travel industry, exceeding many airlines and most cruise lines, hotels, tour operators, and online travel agencies.