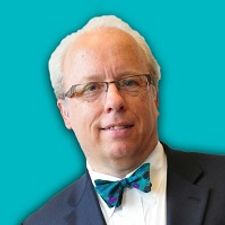 Jim East is the new Vice President of Government Relations for Hertz. He is returning to the car rental industry after a nine-year absence. He held the same position for Vanguard Car Rental (Alamo and National) while it was owned by William Lobeck and Cerberus, leaving when the company was sold to Enterprise. During those nine non-car rental years, he was a self-employed consultant providing government relations strategies to corporations (American Airlines, Chesapeake Energy and a private real estate firm), non-profits and two Tulsa-based philanthropic foundations, the George Kaiser Family Foundation and the Tulsa Community Foundation. A native of Oklahoma, he graduated from Oklahoma State University, then worked for newspapers in Oklahoma, New York and Washington D.C. He also served as chief of staff to the Mayor of Tulsa for eight years. Jim’s wife, Kim Holland, is a former state insurance commissioner, and currently is an executive with the Blue Cross Blue Shield Association.

This panel seminar will discuss how car rental companies must prepare for — and reap the benefits from — the transition to electric vehicles, both on airport and in smaller neighborhood locations. More Info