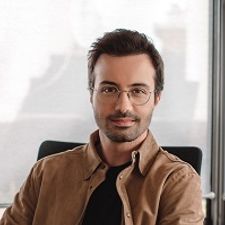 Born in Beirut, Lebanon and raised in Paris, Karim graduated in 2007 from Tufts University in Boston & LSE in London and also holds a Master's degree from SciencesPo Paris. He co-founded his first start-up in 2008, called NeoWebCar.com, the first ever new car classified website in France that helped consumers select and buy their next car from an inventory of 50,000 new cars from 2,500 car dealers. The website rapidly grew to be one of the Top-5 most visited auto website in France and was sold to l'Argus, the used car leader in France. In 2015, he co-founded Virtuo, the new generation of car rental: 100% mobile and hassle-free service that reinvents the experience of car rental in train stations, airports and cities. No lines, no paperwork, and a standardized fleet of fully equipped cars. Thanks to the Virtuo application, customers unlock and complete their damage report with their smartphone.  Virtuo is going against the big car rental companies with a true customer centric and technological approach. Virtuo raised 30M Euros in total since its creation, among which Balderton Capital (Revolut, Vivino, Citymapper,...) and the service is now available in 10 cities in France, Belgium, the UK and Spain and Germany in 2019.

Closing Keynote Panel: The Future of Car Rental - If You're Not Hertz, Enterprise, or Avis

Our panel of independent operators will discuss the building blocks to a successful car rental operation in this new era. More Info