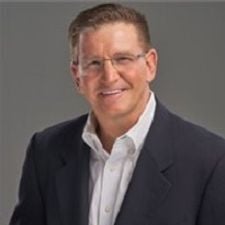 Michael joined the Walser fleet team at the beginning of June, 2020. He started in the rental industry back in 1990 at Alamo Rent A Car where he purchased over 150,000 cars annually for locations across the country. In 1998 he began working on the dealer side for AutoNation where he developed a customer base of over 150 independent rental companies and franchises. After 5 years there he opened an office for Walden Fleet in Florida that he ran for 5 years until ultimately incorporating Mile Fleet in 2008 where he sold an average of 50,000 cars annually until he sold the company to United Rentals in 2018. Michael is a huge sports fan that supports the New York Yankees and loves to play golf. He has a wife Cyndi and two grown children in Brandon and Brittany.

Join us for Breakfast + Impact Award + our Keynote Session Panel discussing 2021 as arguably the most disruptive year in fleet, and will 2022 bring stability, or more of the same? More Info

Sourcing Rental Cars When the Supply Well is Dry

The continuing shortage of semiconductor chips and increasing demand have caused an unprecedented shortage of new and used vehicles. This seminar will provide strategies for car rental operators when the normal fleeting and de-fleeting patterns do not apply. More Info