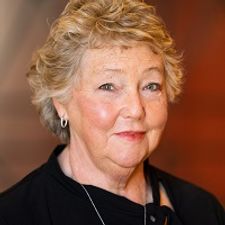 Sharon Faulkner has been involved in the rental industry for over 35 years. She was the President of the New York Vehicle Rental Association for many years and lobbied intensely to improve the adverse laws that affected New York operators. She has been a board member of each national car rental association for the past seven years. Sharon was most recently a Dollar and Thrifty franchise owner for over ten years located in Albany, New York. Sharon has been a featured speaker at many industry conventions and seminars. She has been the moderator for many successful car rental roundtable discussions and profit-sharing meetings. She is a former founding member of the Advisory Board for Auto Rental News Magazine, where she has published several articles. Sharon has previously testified in the U.S. Congress to lobby for the repeal of vicarious liability that affected the car rental industry in a number of states. In 2005 vicarious liability was repealed on a federal level. Sharon and many others were instrumental in affecting this needed change for the car rental industry. In 2008 Sharon was awarded the Russell Bruno Award at the Car Rental Show for outstanding service to the car rental industry for her many years of involvement in legislative issues and education. In the nineties Sharon was the Area Manager in Upstate New York for Budget Rent A Car operating at Albany International Airport. She also opened several local locations for the Budget Corporation throughout Northeastern New York. She is certified as a Woman Owned Business in New York State.

Billing disputes in the car rental industry are costly and are known to affect your brand, customer loyalty and impact your bottom line. More Info